One of the ways to use Reiterate’s tag feature is to filter infrequently-used tips.

One of my beta testers was telling me about the problems he had facing Pyke in the bot lane. “I don’t see Pyke very often, and I always forget that I need to play safe against him,” he said. “I need to remember to stay under my tower and avoid getting hooked.”

There’s actually a feature I added to Reiterate for situations just like this. You can tag clips to customize them for your sessions, depending on which opponents you face. In fact, you can set up tagged clips for every possible opponent, to have a custom session no matter who you are facing. Here’s how it works.

First, record a clip or set of clips that are specific to the opponent you want to keep a reminder for. In this example, I’ll record a clip for when I face Pyke that says “Play safe and watch out for Pyke’s hook” 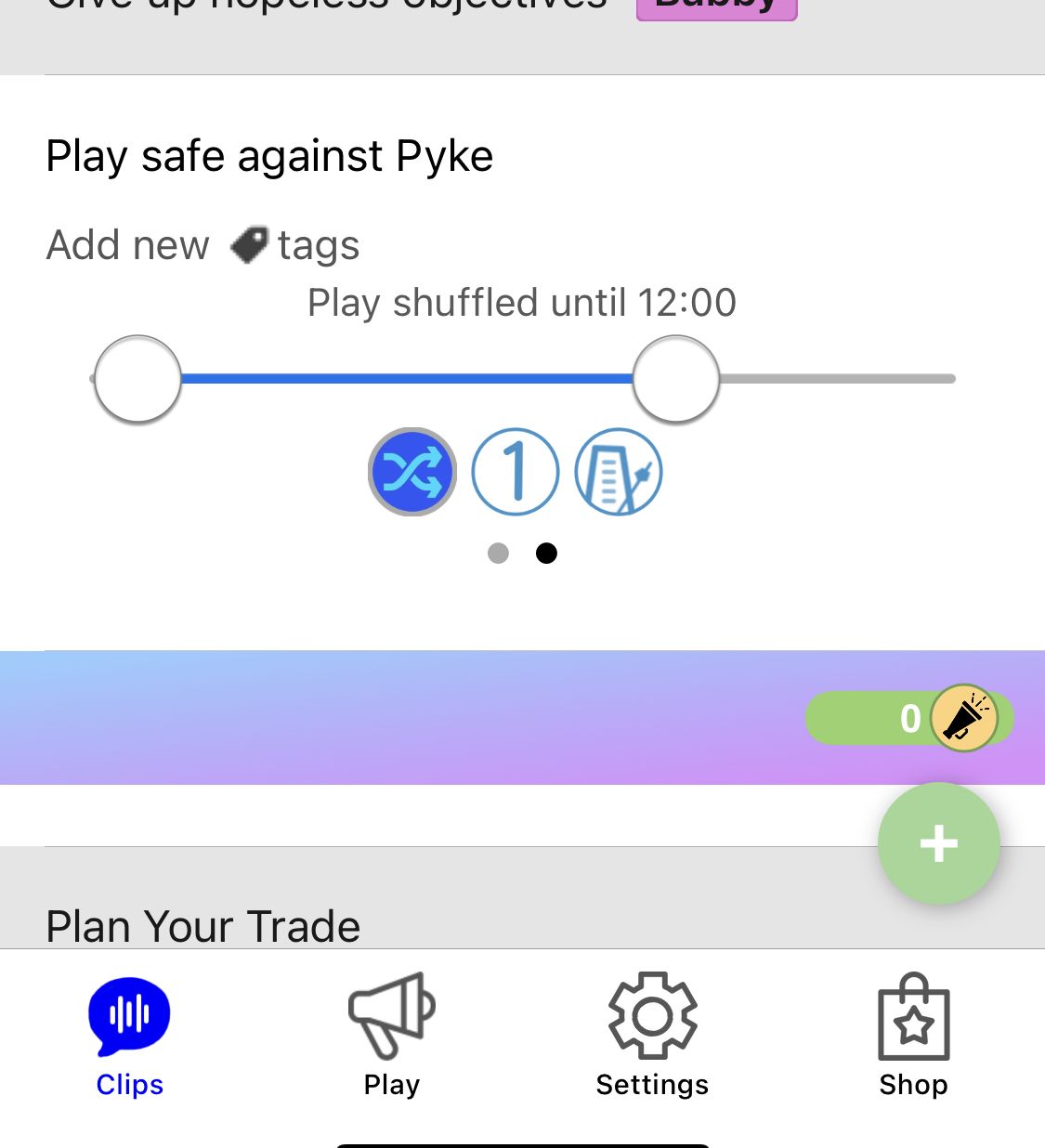 Next, I will tag this clip with a special tag so it will only play when I have Pyke as my lane opponent. 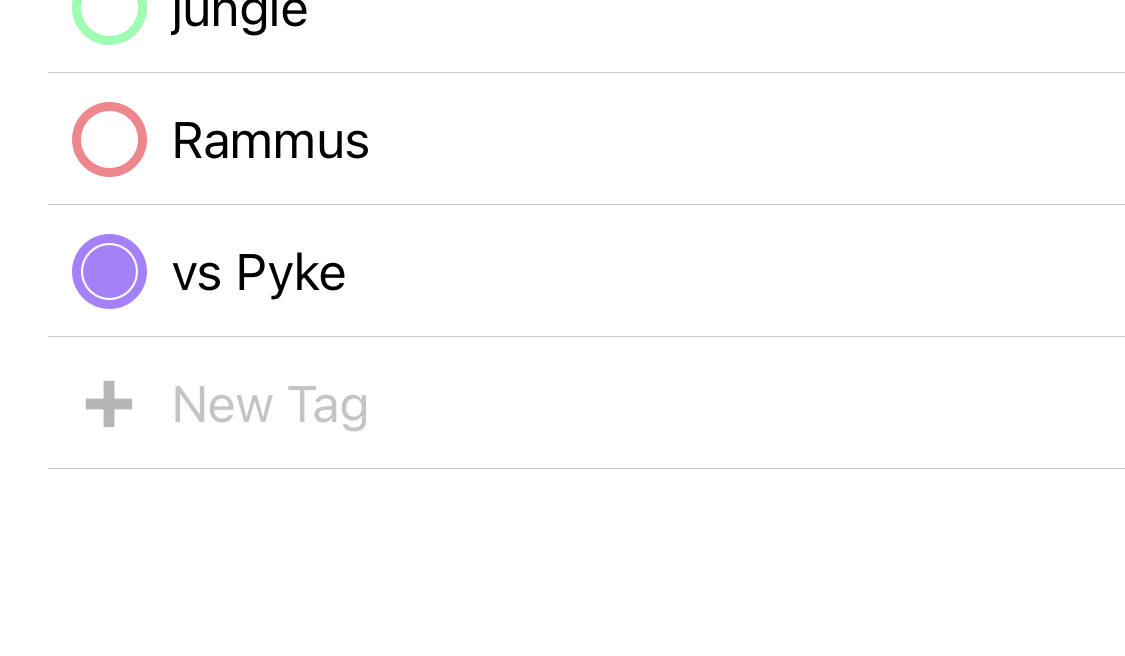 The easiest way to do this is to tap “Add New Tag” on the clip you just created. This takes you to the Tag Editor, where you can tap + to make a new tag, and then select it to add it to the new clip. When you close the Tag Editor, you should see the vs Pyke tag in the clip title.

Now scroll to the top of the Clips list so you can see the Tag Board. This displays every tag on every clip in your session. Tap the vs Pyke tag until it shows the “excluded” state as below:

Now switch over to the Play tab. You can see the Tag Board again at the top of the list. The vs Pyke tag is Excluded, so our new clip won’t play, which is what we want since most games don’t have Pyke (we hope!). But if you are facing Pyke, you can simply tap that tag and the new clip we recorded will be added to the session. Tapping it once will set it to the Ignored state, which is what we want, since clips with that tag will no longer be excluded from the Play Session. If you set the tag to Selected, the session will only play clips with vs Pyke, which is probably not what you want.

When you tap the tag, you should see the clip count change (where it says “Playing x clips from All Clips”). Making the vs Pyke tag excluded or not should change the count by one.

You can use this new vs Pyke tag on as many clips as you want, and they’ll all toggle on and off. And of course you can create multiple tags to give yourself all the flexibility you need.