My name is Rat Troupe, and I play League of Legends. In my quest to improve at the game I’ve tried many approaches. I’ve reviewed my own games, watched professional videos, paid for coaching and access to content.

I was getting a lot of tips and advice, but it occurred to me that one of the biggest obstacles to improvement was actually using this advice while you’re playing the game. It’s too easy, while you’re in the middle of a team fight, to forget everything you’ve been told and just flail about madly.

So I created Reiterate. 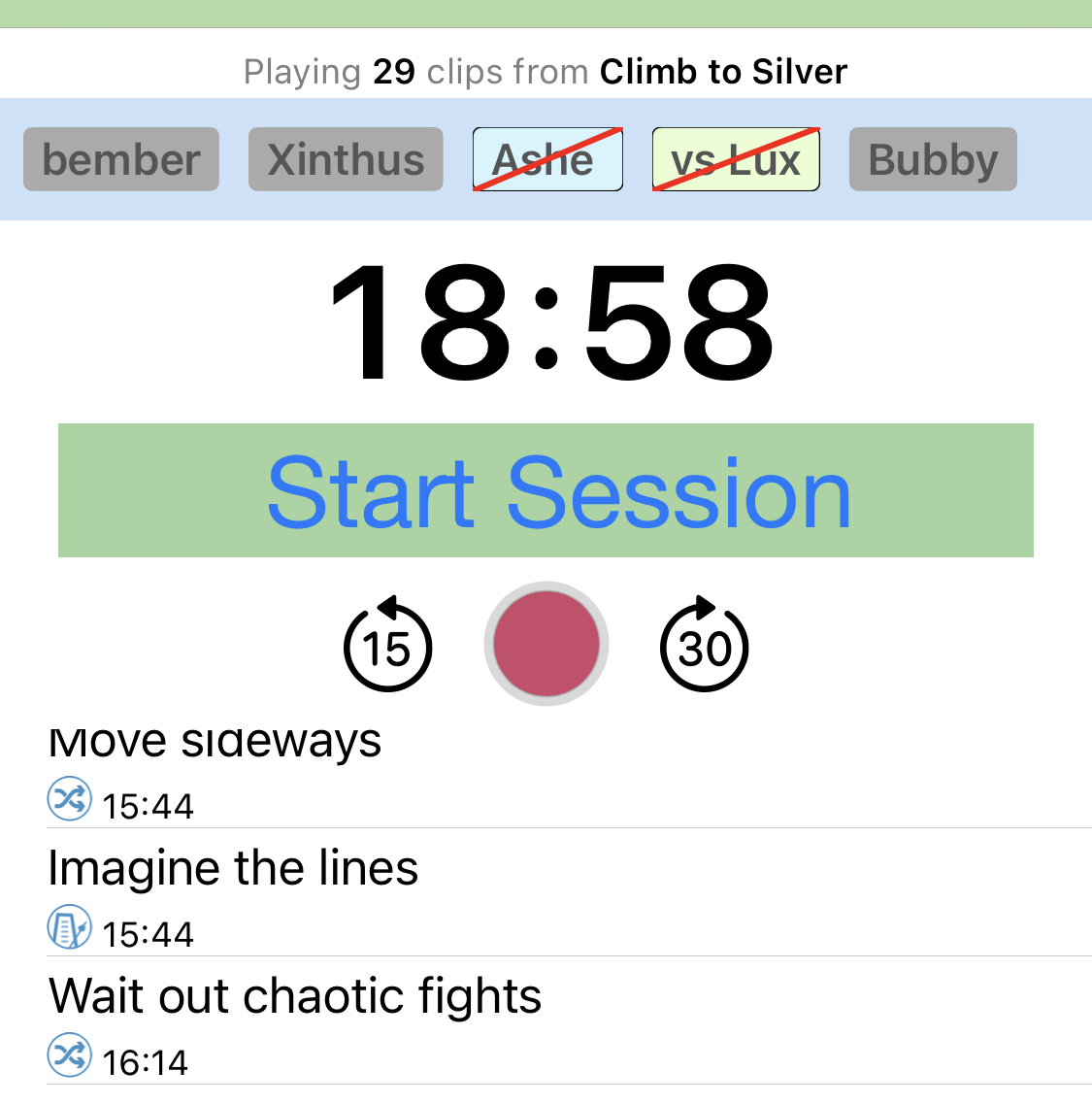 Reiterate is a tool that lets you take all the tips and advice and skills you know you’re supposed to be working on, and force you to think about that while you’re playing the game. It’s a simple concept, but I couldn’t find anything else like it that someone had already created.

Reiterate isn’t a magic solution though. There’s plenty of facets to successful self-improvement. And that’s why I wanted to start this blog, to keep track of the ways to use Reiterate and how it can amplify your success. To be honest, there’s no shortage of self-improvement advice, on the internet or even throughout the entire history of publication. I hope there’s still territory to be explored, though.

The log line for this blog mentions “personal and software development”. I’ve covered personal development; but I’d also like to use this space for articles on software development as well. While I can explain the concept behind Reiterate in just a sentence, it’s actually a faily sophisticated app, backed by a back-end server infrastructure. I’d like to share the occasional behind-the-scenes post on how Reiterate does what it does.

Finally, this will be the official spot for Release Notes. Whenever I send out a new version of Reiterate, I’ll post the changes here.